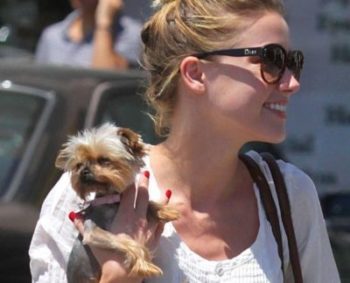 The high court has ruled a secretly taken surveillance photo ( shown above ) proves the actor Johnny Depp’s wife, Amber Heard, miniaturized the Hollywood star without his consent, in order to carry him around.

Mr Justice Nicol ruled the picture, taken in 2010, clearly shows Heard not only miniaturized Depp but also turned him into a double for her dog Pistol, to avoid arousing public suspicions.

“This will keep the lovely Amber Hypocrite in luxury everyday for the rest of her evil life”, Depp said, “while by night, I will be forced to become Satan’s four legged bride!”