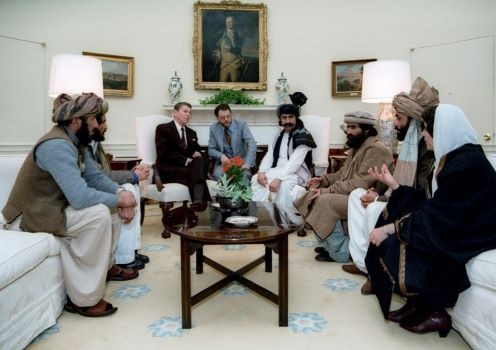 WASHINGTON  — The White House has conceded that America secretly paid militants bounties to kill Russian troops in Afghanistan but that until time travel is possible, nobody will know for sure why they did that.

The statement was prompted by outrage over a rumour that Russian was paying militants to kill American troops.

Historians say the US “rained money down on the Mujahideen” to train and equip them to mount attacks and that these jihadists eventually became Al Quaida and then attacked America.

Reacting to the news, Oliver North, best known for his central role in the 1980s Iran-Contra affair, said the story was “absolutely untrue and completely fake news but I can’t talk about it because it’s also…um…totally classified?”