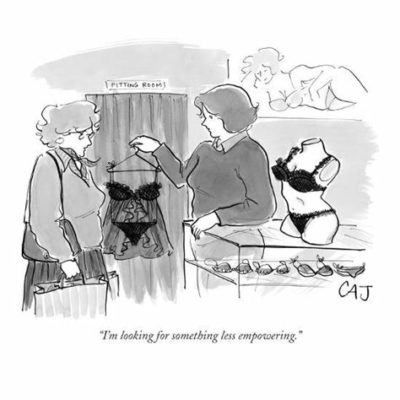 “The worst thing about seeing your 16 year old daughter dressing in a way that makes Victoria’s Secret models look like Mary Poppins,” Bartley Allen moaned, “is having to pretend you agree it’s empowering her?”

Mr. Allen (54), who had just dropped his daughter off in town, then rolled his eyes dramatically and drank deeply from the pint he was having in next door neighbour Malachy Hegarty’s garden shed ‘pub’.

“Or at least that used to be the worst thing about it, after paying for it of course. Now it’s having to tell her she looks ‘lovely’ and pretend you’re actually proud of her? I mean I’m proud as hell of her but it’s not my uppermost emotion at that particular point in the week…”

Hegarty (59), nodded sympathetically, as he pulled another two pints from a five litre Krombacher Pils keg.

“Now I get lectures about how women are ‘reclaiming their power’ and how Slutwalking is a protest against excusing rape by referring to any aspect of a woman’s appearance?”

As he accepted a second pint, Allen began to mellow.

“You know one lecture I never get? The one about how my wife who for the last 20 years, has prided herself on how classily she always dressed, compared to some of the so called ‘sluts’ I’d gone out with before we met, has somehow magically done an invisible 180 degree turn. Because it seems dressing like a slut is now not only empowering but something she was in favour of, all along!”

And even though everything’s completely changed, he added, somehow she’s still right and I’m still wrong…

Malachy folded his arms, closed his eyes and solemnly tilted his head back, as if bearing witness to a great truth. And not simply just letting the pilsner slowly run down the back of his throat.

“Everyone of those so-called sluts I went out with, by the way, could have clothed three of today’s kids with what they were wearing,” he added, “it’s a real shame they didn’t know they were protesting against rape when they went out pulling?”

A moment later, in response to Malachy’s raised eyebrow, Martin thrust his empty glass at him.

“Absolutely. Jean’s picking her up? Bad an’ all as the start to the night was, I’m pretty sure I don’t want to see how empowered she is at the end of it…”