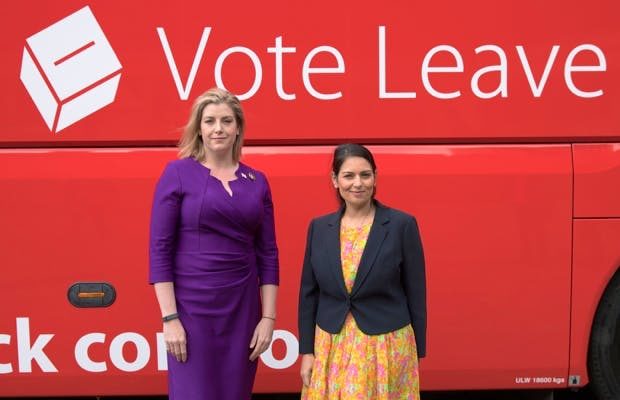 “Muahahaha,” laughed the cartoonishly evil Home Secretary Priti Patel after she’d announced asylum seekers would be forced onto planes and flown 4,000 miles away, “to protect them from trafficking”. In response to this ‘raw meat’ announcement, the entire Tory front bench – all bulging eyeballs and frothing lips – immediately began to writhe in their seats as well, as if in the throes of a mass epileptic fit. Strangled cries of “Margaret!” and “The Regiment!” could be heard from those nearest the microphones.

The move took the Labour front bench by surprise and there was a brief adjournment to give them time to dry the Tory slobber off their clothes. “Once in Rwanda,” Patel smiled, with the kind of ironclad confidence that is usually found only in those who lack the intelligence to accurately diagnose their own stupidity, “they may then apply to an immigration officer for ‘leave to remain’. If successful, they will be allowed to stay…in Rwanda”.

The government benches erupted in a roar that could only be described as ‘climactic’ in nature. This time however, the opposition were prepared and before the first volley of Tory drool – generated by involuntary revulsion at the phrase ‘leave to remain’ – party aides had already raised the Great Saliva Shield to protect the Labour members of the House.

Keir Starmer immediately pointed out that the poverty stricken, central African republic is riddled with deadly diseases like cholera and diptheria. “Given this,” he said, “being granted the right to remain in Rwanda, is a potentially worse outcome than being given the right to leave.”

Furious Tories pointed and screamed “Racist! Racist!” until Patel, ever the Bond villain, stood up once again. “Under a Labour government,” she sneered, “anyone with a spare room will have to put an asylum seeker up in it. Is that what you want? An asylum seeker sitting on the sofa and leering at your daughter while you try to watch The Crown?”

Proceedings were then suspended for the rest of the day, to allow Tory members sing “Vindaloo” and “Football’s Coming Home” until they passed out. Afterwards a Home Office spokesman described the plan as ‘a nuanced and complex’ response to the needs of asylum seekers. Speaking off the record however, he confirmed that Jacob Rees-Mogg – who recently revealed he always brings fresh underwear to the chamber whenever a debate on immigration is scheduled – was secretly worried by Patel’s plan. “He believes it mounts a very strong challenge to his current status as the party’s monster-in-chief, you see?”

A spokesman for Starmer said that all in all, it had been a wonderful day for the Labour party and the country and he couldn’t have planned a better session just before the local elections, if he’d written the script himself.