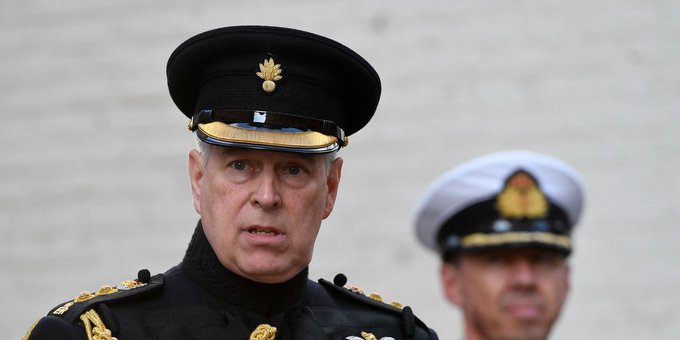 A palace spokesman was tonight forced to deny rumours that the royal protection squad had changed Prince Andrew’s codename to ‘Tainted Love’, after the Queen stripped him of all his tinsel and titles. It’s thought likely the 100 or so charities he remains patron of, are all likely to write to him privately, cordially inviting him to ‘PFO’.

The surprise move followed yesterday’s ruling by a US court that Virginia Giuffre’s sexual abuse lawsuit against him, should proceed to trial. A development that was quickly dubbed the biggest royal disaster since the abdication. An event that many argue, was less damaging than the lawsuit has been.

There was no public reaction from ‘Randy Andy’ – as the bone idle Duke of York was once known – but privately, he’s said to have complained it’s become all but impossible for him to finish reading ‘How to Smash Your 2022 Goals‘ by former TOWIE star Chloe Meadows and her boyfriend, the eminent South African pet psychic, Darius Cooper.

A palace insider later said there was no truth to the rumour that he would from now on be known as, ‘the Andrew formerly known as Prince’.