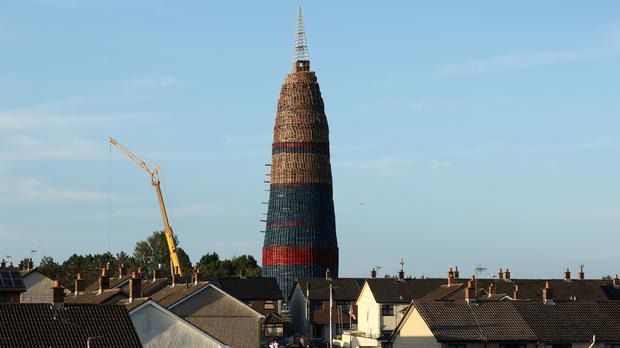 In an unlikely move that has united both sides of the north’s divide, a bonfire builder who fell to his death off a pyre he was helping to build, is to be cremated atop it tonight.

“The fact that it was an act of God makes it doubly hard to take,” he explained, “because it means we can’t even claim Sinn Fein was somehow behind it? Although there’s no doubt in my mind, they were somehow behind it.”

Meanwhile the nationalist community confirmed it was ‘one hundred percent’ behind the proposal to cremate the man atop the bonfire, “along with all the tricolours, campaign posters of prominent nationalists and signs bearing anti-Catholic slogans that ‘couldn’t be repeated in a family newspaper’.”

Meanwhile, around the world, the news was enthusiastically greeted as “a rare win for Northern Ireland”.