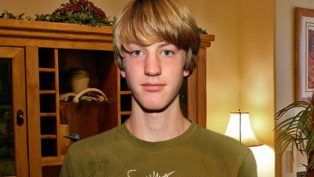 Ignoring reminders to do his homework, 15 year old David Musgrave instead searched for a twitter lynch mob to join, before choosing one pursuing feminist author, Margaret Atwood.

“She’s like, some old Canadian bitch who supports rape?” Musgrave then Whatsapp’d his friends, “so I tweeted ‘kys now’ at her.”

The 15 year old sighed theatrically when asked by CatMelodeonNews to confirm that ‘kys’ stood for ‘kill yourself’ and and hissed ‘Yesss!’

He then, reluctantly resumed writing an essay on ‘What it means to be a moral citizen: choice and consequence in modern society‘.

“I am not the legendary Canadian author, Margaret E. Atwood,” it said, “who was forced off twitter earlier this month by morons like you, turd brain.”