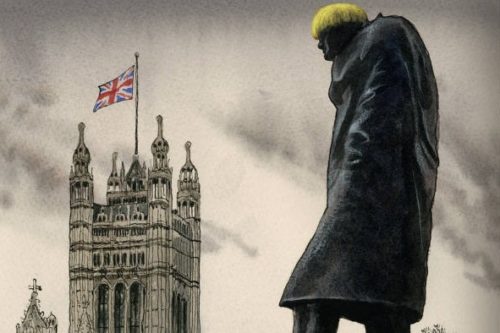 “Crikey, that’s a tough one”, Boris ‘Crikey’ Johnson said yesterday when asked if it was true that enforcing the lockdown a week earlier would have saved 20,000 lives.

Meanwhile, the Office of National Statistics said Covid-19 killed 4,731 people in London in the four weeks up to April 17th.

“Hitler killed 54 less than that no,” a spokesman for the Imperial War Museum confirmed, “during the worst four week stretch of the Blitz”.

When asked to comment, Johnson said, “I have nothing to offer but the privatisation of the NHS”.