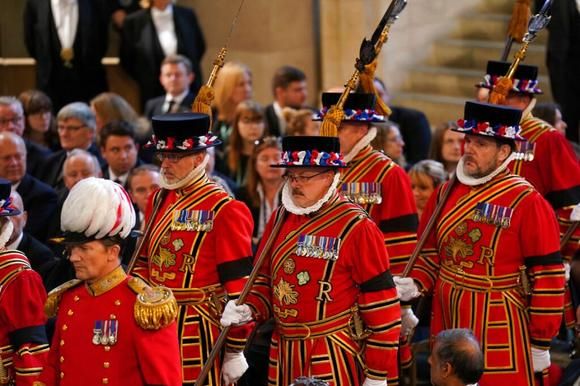 British police have arrested a homeless man for telling a reporter “Britain only leads the world at pageantry because no other country gives a toss about it”. Shortly afterwards, the man was told he was being arrested under the Public Order Act “because someone might be offended by that statement”. When he asked who might be offended, the arresting officer replied, “Me for a start!”

Homeless man Bryan Kingston later explained he was already angry at having nowhere to sit because of the ‘bloody pageantry’ surrounding the Queen’s funeral when the reporter asked his question. He said the crowds were preventing him from being able to sit on the pavement, like he normally would. “Reporters don’t usually bother to ask homeless people stupid questions,” he explained, “so I thought it was my civic duty to explain the bleeding obvious to him”.

“They never tell you who comes second in the contest to lead the world at pageantry, do they?” he added, “I wonder why…”