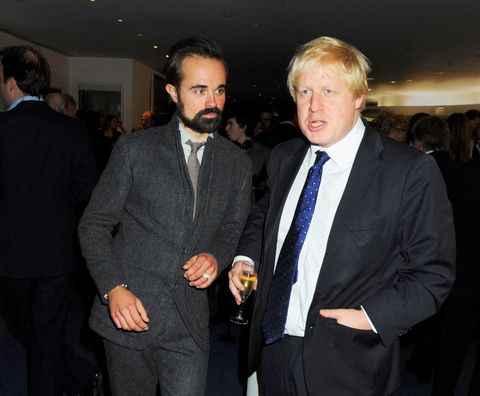 Russian dirty money is said to be hurting very badly tonight at the news that Boris Johnson still hopes to “someday” carry out his long threatened overnight crackdown on oligarchs.

“Thees ees like sometheenk you see back home,” one oligarch fumed, “ees not how we do theenks in thees country.”

“And, ees not why we buy Tory party,” he added.

Oleg ‘Ulcer’ Lomonosov said he fully understood the need to sacrifice six or seven big names to let everyone else off the hook. “I even tell Borees Johnson myself. ‘Borees,’ I say, ‘ees ok. We know ees not personal, ees just beesnees’.”

“But then we hear someday proper crackdown still posseeble,” he said, “ees not the GB we know and love?”

He was speaking after Johnson again warned of his determination to “someday…tighten the noose around Putin’s neck? Very, very, very slowly indeed ah, until eventually…however long it takes? It will um, tighten just a little bit more?”

A No 10 press release said the PM “someday still hopes to eventually start to tackle the tangle of secrecy and deception that has long surrounded money stripped out of overseas economies and poured into British property, assets and banks”.

“But,” ‘Ulcer’ pointed out, “we only come here because he promees the secrecy?”

While other countries have swiftly moved to crackdown harshly on allies of Vladimir Putin, Lomonosov spoke bitterly of being given “a mere three months” to safely move his wealth to the gulf, before any ‘overnight crackdown’ begins.

He also spoke movingly of his indigestion – which apparently has flared up very badly again – upon hearing the news.

Johnson later told the house of commons that “once again, Britain leads the world”.

“In a race to the bottom,” Labour’s Keir Starmer added.