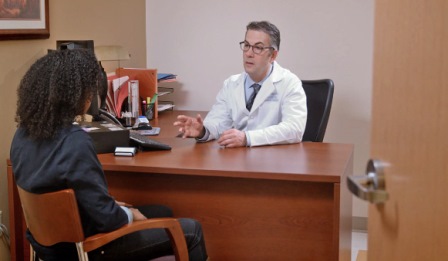 Stressing he wasn’t to be disturbed while giving a patient a fatal cancer diagnosis, oncologist Brian ‘Bong’ O’Halloran paused before adding, ‘unless somebody says something really funny about Trump?’

“I could really use a break,” the University Hospital Kerry consultant explained to secretary Mary ‘Ming’ Lonergan who stared at him blankly.

“I’ve got three more of these before lunchtime,” he sighed, swivelling in his chair to look out the window at his new ‘beamer’.

A tone that concealed the fact that, behind his back, O’Halloran’s colleagues had begun to openly discuss his mental health and in particular, the way his initial interest in Trump had blossomed into an all consuming obsession.

“We should be allowed wear those black caps judges wore when they were handing down the death sentence,” Bong said absent-mindedly, without realizing Lonergan had already left the room.

“Did you say something?” she said, putting her head back around the door.

“Otherwise,” he stressed, turning back to her, “absolutely no interruptions?”