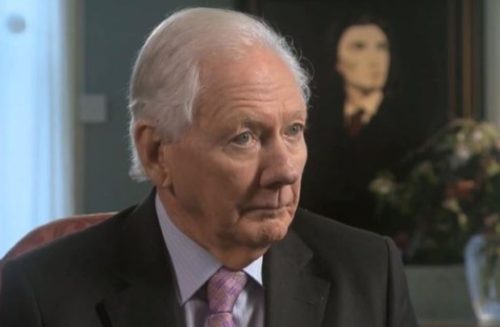 Cancer made a rare public appearance at the Curragh yesterday with a host of other glamorous diseases, to “thank the public for their tremendous support, after news of its battle with Gay Byrne broke”.

The ‘Big C’ said it was overcome by all those who sent their ‘thoughts and prayers’.

“Clearly I cannot thank you individually,” Cancer said, with a wry smile, “but good wishes expressed are simply prayers in another form, and yes, they do help.”

Cancer also said it was ‘doing everything I’m supposed to do but obviously the chemo takes its toll’.

A veritable who’s who of the main causes of death in the developed world, raised their glasses and posed for photographs.

The group which included heart disease, stroke and Alzheimer’s, said they were ‘excira and delira’ to hear Cancer was doing well and urged it to ‘stay strong’ in its struggle with ‘Uncle Gaybo’.