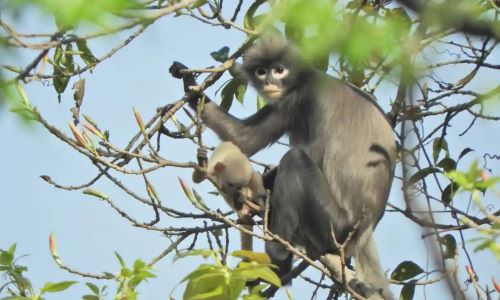 Celebrity chef Gordon Ramsay claims he has won ‘the bidding war’ to be the first to cook one of the new species of monkey discovered in central Myanmar.

“There are only 200 to 250 of the the plant eating Popa Langur monkeys left,” Ramsay said, “so it is a very great honour to be the first one to cook it”.

Ramsay has labelled the langur, the ‘Blackface’ monkey, on account of the chalky rings around its eyes which lend it a resemblance to the Black & White Minstrels.