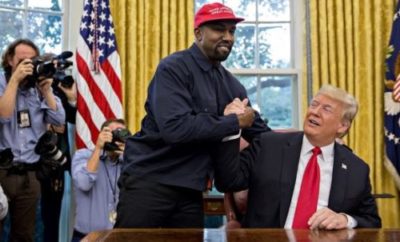 Irish Central publisher Niall O’Dowd is to head up a committee to research Kanye West’s Irish roots, in what’s being described as a ‘just in case’ scenario.

“It’s early days yet,” he said “but we think we’ll find them somewhere in Upper Offaly or along the Cavan–Monaghan border.” Excitement was building in Birr yesterday, centred around a local family, the O’Reillys, who are described as BAME. However The Offally Independent has since ruled them out.

The paper says a photo widely distributed by a friend of the family yesterday, was alleged to be that of a cousin of West’s.

However further inquiry revealed it showed a Mr Tadhg O’Reilly in ‘blackface’ for a fancy dress fundraiser in aid of the GAA.