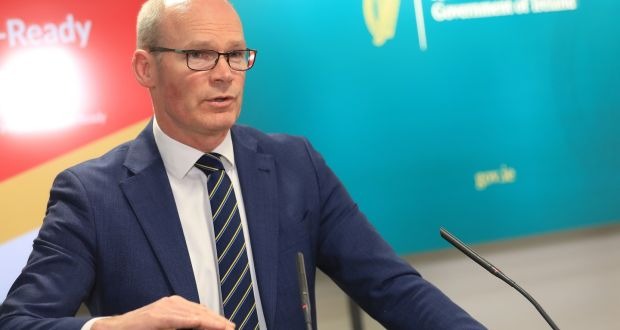 Simon Coveney made an astonishing admission yesterday about the need for an ‘honest’ debate about Ireland’s neutrality.

The Foreign Affairs minister said the war in Ukraine should be a catalyst for an “honest rethink” about Ireland’s security and defence policies. ‘Security and defence’ is a cloaked reference to neutrality, often used by FF and FG when trying to soften up the public’s support for it.

Separately, a new poll has found the public believes the minister does ‘sincerity’ far better than he does ‘honesty’.

Two thirds of respondents said they found his convoluted attempts to explain his role in the Zappone affair over several months, ‘sincere but not honest’.

When asked for comment, the minister denied he was dishonest before claiming that four TDs – seen on TV standing up like everyone else in support of President Zelenskiy after his televised address to Leinster House – had ‘refused to stand up and applaud’ him.

The four who have condemned Russia’s invasion of Ukraine, had already released a statement explaining their decision not to clap was to indicate their lack of support for the president’s call for Nato to become involved in the war.

Afterwards, one said “If Coveney’s ‘honest’ enough to repeat the lie in public that we didn’t stand up, we’ll honestly sue him for libel”.