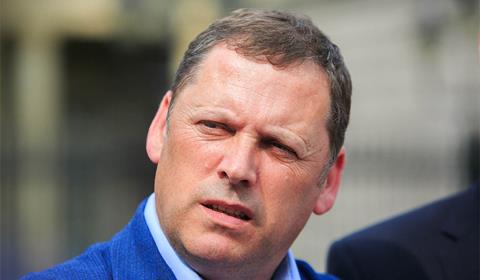 Barry Cowen’s denial that he did a U-turn before a Garda checkpoint in 2016, have led both government colleagues and opposition parties to question whether he was the man Gardai recently found naked on a cross, being whipped on the buttocks.

The new agriculture minister angrily replied, “No I was not…but I know how he must have felt”.

He was then forced to deny he was a sadomasochist but was unable to stop himself from adding that “In politics, it would probably be an advantage”.

He also denied he was “too haughty to come into Leinster House to answer questions about his drink driving conviction”.

Mr Cowen refused to answer any further questions, after being asked if he was the most pointlessly grumpy man in Irish politics.