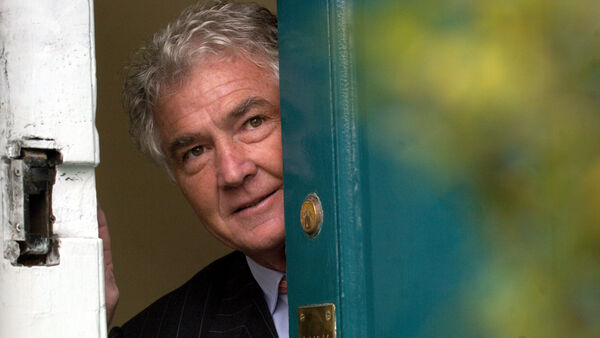 Seán “Seánie” FitzPatrick, the dairy farmer’s son who milked Ireland, was to fiscal responsibility, what Charlie Haughey was – a relative stranger. Like Haughey, he was a man in a hurry who came from a modest background, disliked red tape and had an economical way with the truth.

Like all great men, he also believed the rules didn’t apply to him and set out to quickly make a name for himself as someone who gave same-day loan approval to selected developers. Over two decades, he turned the tiny Anglo Irish Bank into the third largest bank in the country and became a poster boy for Celtic Tiger Ireland.

But the stratospheric pace of the bank’s growth, led to understandable suspicions that there had been too much hurry and too little fiscal responsibility. By the time he was declared bankrupt in July 2010, the cost to the nation of the bank’s bailout was estimated to be north of €30bn.

The world eventually discovered just how economical he’d been with the truth, when it emerged he’d transferred €87m worth of his own loans to another bank to avoid having to declare them to shareholders. (To paraphrase Fr. Ted, the money was just resting in one of his accounts.)

Completely unabashed, he took to the airwaves and urged the government to be ‘brave’ and take firm action against…universal child benefit, state pensions and medical cards for the over 70s!

No mention whatsoever, was made of reckless lenders or toothless banking regulators.

Around this time the impressive range of investments he’d made, were also revealed. These included a casino in Macau, a Nigerian oil well, a Hungarian golf resort, a US hospital operator and property in Dublin and Central Europe. (Admirers of Ireland’s answer to Monty Burns, could only lament the absence of a small vineyard from such an eclectic portfolio.)

He enjoyed a comfortable lifestyle in retirement, based on the courts inability to touch the estimated €3.6m share of his accumulated wealth that his wife owned. This allowed for frequent golf trips to Spain where he stayed in expensive hotels.

Stories of Seanie’s cunning were always legendary but an early one from his school rugby days is most prophetic. As he sat on the subs bench one day, a team mate scored a spectacular try. Impressed, a local reporter turned to him and asked him the name of the player. Without batting an eyelid or taking his eye off the game, he replied, “Sean Fitzpatrick”.