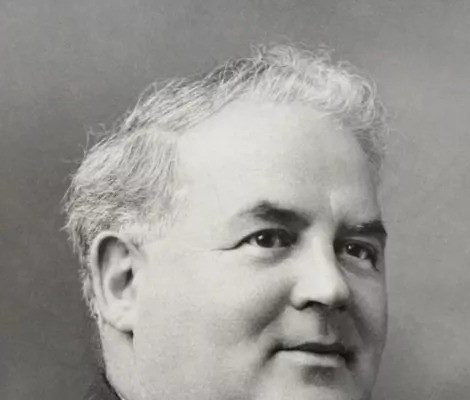 The death has occurred of Dan ‘Bunker’ Cleary of Taghmon, County Wexford, the first man to say ‘shite’ on Irish radio.

His family have requested a private funeral and promised that a public ceremony to honour his broadcasting legacy will be held at a later date.

Theories abound as to how the colourful, small-time pig breeder gained his nickname but few could deny his fame, especially after his broadcasting ‘debut’.

A popular theory suggests ‘Bunker’ was a reference to his alleged habit of urinating in sand bunkers while playing golf (regarded locally as unlikely), while another proposes it derived from reneging on livestock deals he’d struck on market day – a suggestion generally met with discreet silence.

Cleary’s rise to national prominence began in September 1968 on the then wildly popular RTE Radio One Irish dancing programme, Take the floor. The programme was recorded live all over the country and broadcast later that night but on the evening in question, the mic picked up a nearby Cleary commenting on the final contestant’s performance.

A wave of audience applause partially distorted his verdict – “Pure shite!” – and due to this fact, the tape was not stopped in time to prevent the offending words being transmitted.

Overnight, he became known as “the first man to say ‘shite’ on the radio” and from that moment on, he never looked back. Bunker took his responsibility as a scourge of the national broadcaster extremely seriously, castigating the programme’s ‘lack of a moral compass and corrosive effect on young people’. Then he made an impassioned plea for an official inquiry into his own misconduct.

As a reward, he was warmly and publicly forgiven by Archbishop John McQuaid while the newlywed programme editor emigrated to Montreal.

Meanwhile prayer vigils were set up ‘from Malin Head to Mizen head’ and Cleary, who attended every single one held in his area, was subsequently elected a county councillor and shortly afterwards made a columnist by the Irish Farmers Journal.