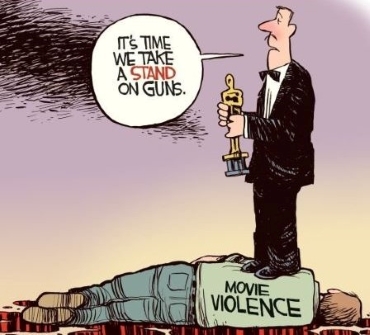 It’s worth remembering that actors, like prostitutes, were once barred from holding passports but sadly, those happy days are long gone! Now, rarely a moment goes by without some witless gush about the arrival on ‘our screens’ of the latest wannabe’s frantic search, for the personal validation mother failed to provide.

The annual rite of the ‘build up’ to the Oscars starts earlier each year with ‘speculation’ on who will be nominated for the pre-pre-Oscars awards.

And it is absolutely imperative that the usual drivel about the struggles everyone has had with ‘their demons’ – which we all know, is simply toddler talk for ‘problems’ – is rehashed until your sphincter fails.

There will be an ocean of witless gush about inspirational figures and experiences that somehow always lead to the kind of emotional incontinence Hollywood insists is the hallmark of ‘true authenticity’ – demonstrating only that Hollywood doesn’t realise those two words mean the same thing.

Needless to say, if there’s an issue the awards need to address – and let’s face it, when isn’t there? – the ‘academy’ will do so, only after staring down the barrel of a gun that fear of an advertising boycott represents.

Every year the coverage expands and the volume increases, until you start to feel dirty the moment you  glance at the headlines. No amount of delusional, personal behaviour by an actor or robotically repeated waffle about their character’s “motivation in the film”, can do anything to puncture the bubble of superficiality that 90% of acting consists of.

It is a rare movie indeed that really ‘must be seen’ but whatever about the industry, the one thing that neither needs nor deserves to be seen, is that spectacular celebration of our own debasement, known as the annual academy awards ‘ceremony’.

This year why not strike a blow for ‘true authenticity’? Just change the channel! 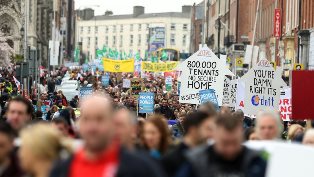 Nobody Gave Me A Handout When I Was On Welfare 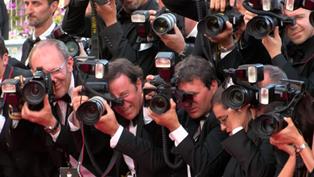