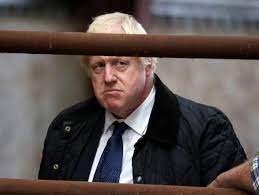 Doctors hoping to put a human heart into Boris Johnson have been told the idea runs counter to basic Tory principles.

The idea was sparked by news of the first successful transplant of a pig’s heart into a human recipient, although the doctors insist it’s not for them to call Johnson a swine.

“These doctors are trying to sneak socialism in by the backdoor,” Jacob Rees-Mogg who has never had a heart of any kind, said from the recliner he occupies in Westminster.

“Having a heart runs contrary to every instinct we have,” Brexit minister Liz Truss said, “Deporting the Windrush generation we never gave passports to, just to placate The Telegraph and denying disabled people benefits. These are our core values. We’re not called ‘the nasty party’ for nothing and I, for one, am proud to serve her majesty in this way!”

Doctors say Johnson told them he would like to be able to claim another ‘world beating first’ for Britain, not to mention provide his children with a partially human father but also fears it might permanently ‘cure’ him of being a Tory.

Later Sir Graham Brady, the chair of the influential 1922 committee, confirmed that backbenchers were ‘dead set against the idea’.

“It’s a slippery slope,” he warned, “before you know it, they’ll be demanding we develop a conscience”.