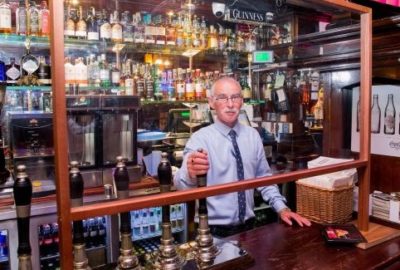 The prestigious Doheny & Nesbitt School of Economics – a long-time favourite of politicians, lawyers and economists – has been hit by a devastating attack from an unforeseen quarter.

The premises was reputedly the birthplace of the privatisation-mad Progressive Democrat Party which critics likened to North Korea, in that it was ‘neither progressive nor democratic’.

But despite the DNSE’s connections to the top economic forecasters who’ve predicted 8 out of the last 3 recessions, this time there was no warning.

“We never expected to be betrayed by the law of supply and demand,” an emotional O’Brien said, “after all we’ve done for it.”

The closure of the pub – often described as ‘one of D4’s most fashionable watering-holes’ – has led locals to joke, “It’s not watering holes like it used to!”