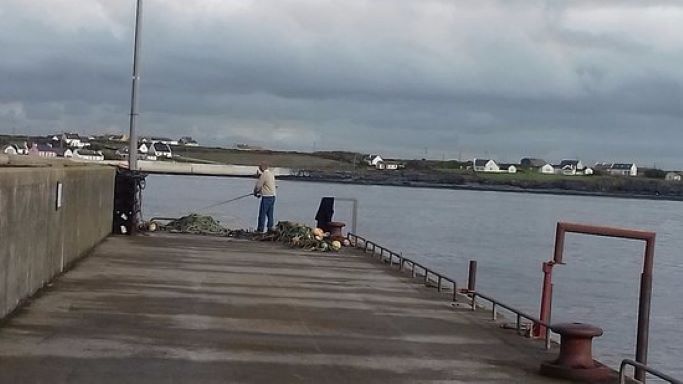 Doonbeg based Trump supporter PJ Chambers today announced he has “finally had enough” and is now going to “take the fight to the Vinny!” Chambers, who is forever frothing at the mouth about some absurd “outrage”, demanded to know “Why does charity always have to start at my home? Because I ain’t gonna stand for anymore of their ethical extortion rackets”.

“Nobody ever taught me to fish,” the County Clare man complained, as he fished off Doonbeg pier, “I had to learn it all by myself and by the way, news flash? I wasn’t able to feed myself for life. Most days I can’t even feed my cat!” Chambers protested at length about being constantly ‘hounded and harassed by the society’s storm troopers’ who put flyers in his letterbox twice a year. “Then there’s all their emotional blackmail about sleeping out in public to raise money for the homeless. They raise millions every year but somehow there are more homeless than ever.”

“Have you heard about their famous goat racket? Oh that’s a real beauty. Twisting people’s arms for money to send goats to places in Africa where you just know they support Islamic terrorism. How exactly is that ‘charity’! Well I’ve had it up to here with those Nazi sickos.” Mr Chambers added that he wouldn’t be surprised if the Vincent de Paul were running a paedophile trafficking ring in Doonbeg because “even if they aren’t, you know they want to. You just know it.”