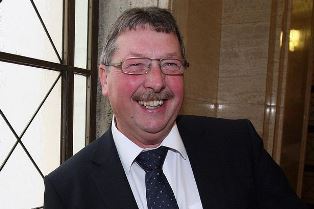 DUP attack dog Sammy Wilson MP has called on No 10 to withdraw the UK from The Enlightenment because its core values are being used to undermine Brexit.

“The four horsemen of The Enlightenment – reason, science, humanism and progress – are riding into battle against our precious union,” Wilson said.

The East Antrim MP said the EU was ‘stood foursquare’ on the principles of the 18th century movement known as The Enlightenment which, he said, ‘is nothing more than a grubby Franco-German power grab’.

Since there is no legal treaty binding us to the four horsemen, he said, withdrawal should be a relatively simple matter.

“It stands to reason,” he added.