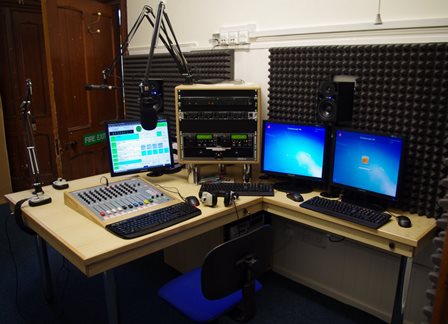 He stared moodily at the handful of unpaid work placement students and cranks that make up the LMFM news team, before putting his head in his hands and sighing audibly.

“Somebody give antsy Nancy a call and see if she’s had any more ‘disturbances’,” he said, referring to the previous week’s top story about a local pensioner who believes her mobile is ‘haunted’.

Kenny also instructed that in future, all ‘bigfoots’ (reported sightings of mythical creatures like the ‘black seagull’ that turned out to be an overweight crow from the city dump), were to be run by him first.

Meanwhile the team stared back at their editor thoughtfully, silently willing him to apply more of the roll-on deodorant he keeps in his bottom drawer but so rarely avails of.