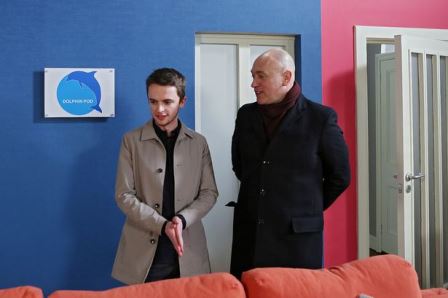 Fair City actor Stephen Ball’s extended entourage is helping him keep it real, a member of his ‘posse’ has revealed.

The Cratloe, Limerick actor’s ‘crew’ were anxiously waiting for him in the private bar of Lillie’s Bordello, when his ‘consigliere’ spoke.

‘Tonto’ said he wasn’t cleared to release his real name but he had once ‘almost completed’ an eight week course at The Gaiety School of Acting under his stage name Malcolm Gold.

Gold promised to “blow the lid right off the whole ‘Sick City’ scene,” just as soon as he’d reassured the group’s newest member, who was finding it hard to predict exactly what their star wanted to hear, in any given situation.

“Finnegan’s a good sidekick,” Gold confided, “a born hole-master who excels at fawning? But you don’t become a grade A sycophant overnight, it takes time.”

After conducting a brief pep talk in another area, Tonto returned sniffing noisily and convened a ‘huddle’.

“Here’s the deal? I would do anything for you guys,” he told them, “because without Garth, Silent Bob, Finnegan, Gromit, Mini-Me and Robin, I’m not sure I could help Stephen keep it this real?”

The crew were so moved by this mission statement, they each extended an arm for a solemn but emotional hand-stack in solidarity.

“So all those Sick City bitches are gonna have to suck it up,” Tonto continued, as he raised his voice, “and just accept that ‘Stevie Steves’ is the man, alright!”

However at time of going to press, the claim remained unverified.