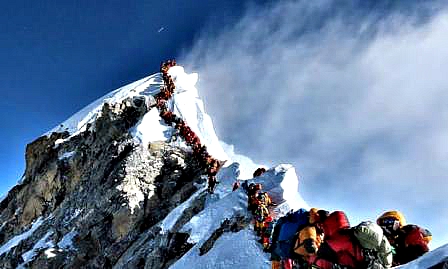 The former Gurkha and Royal Marine is delighted the hordes of tourists who attempt the climb each year, will have somewhere to relax while queueing up for their turn at the summit.

“These days,” he observed, “success is more obscure than failure.”

“Think about it,” he continued, “when’s the last time you were told the name of someone who tried to climb Everest but failed?”

Asked how he felt about that, Golu sighed heavily and said, “It goes with the territory, doesn’t it. I expect bloody Banksy will turn up any day now…”