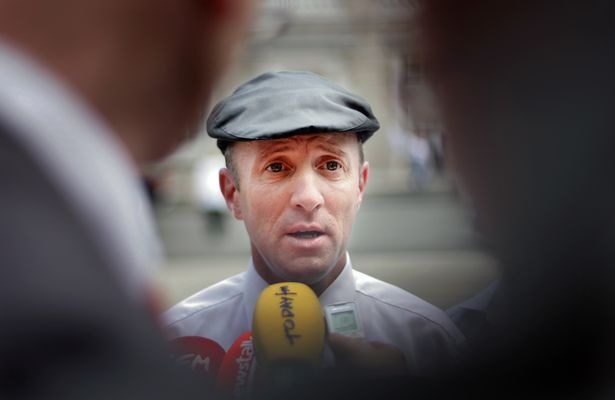 ‘Fat cat in a flat cap’ Michael Healy-Rae, made yet another fake flap in Leinster House yesterday.

The ‘Screaming Healy-Raes’, as Michael and his brother Danny are also known, were taken aback then by the deft way in which Smith pulled the rug from under him. The Fingal TD remarked that he didn’t need to ‘put on a political costume and a caricature to pretend he was working class’. Michael stuttered and squirmed while all around the chamber, deputies greatly enjoyed his discomfort.

“Wauthur charges” were the subject of millionaire Michael’s thinly veiled attack yesterday on two of Smith’s colleagues. Labour’s Brendan Howlin and Jed Nash were putting forward a motion on the rising cost of living when “Captain Piss-fit” leapt to his feet and began to hop, scream and quack, as is his custom.

“Pwaat about the wauthur charges,” he roared to the annoyance of Green Party leader Eamon Ryan who was woken by his outburst.

Healy-Rae – who once described himself as ‘an ordinary man, nothing special, nothing grand’ – is the second wealthiest TD and owns at least 21 different properties, including houses, farmland, a service station, a former pub, and student accommodation.

Reviewing the incident afterwards, political correspondents said Healy-Rae’s outrage was even more synthetic than usual, reaching a magnitude of 8.5 on the Political Huckster scale.