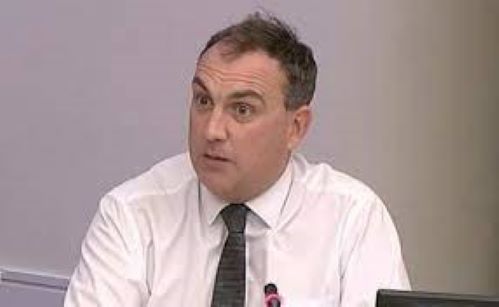 Fianna Fail has entered a second day of trying to say nothing about the Marc McShirty row. Last night, having fought with everyone he could, McShirty announced he was no longer speaking to himself. The bitter, argumentative TD for Sligo-Leitrim also said he was leaving his party and would now sit as an independent.

The development has paralysed the party. Speaking on condition of anonymity, one party manger said he’d seen a cluster of deputies in a corner of Leinster House, endlessly repeating the phrase, “on the one hand and on the other” while another group were just wringing their hands helplessly.

Wild cheers and applause broke out when a junior minister was heard to mutter, “It could have been handled better!” A crowd quickly gathered, begging him for “more lines we can use with the meeja”.

Standing on a chair, he happily obliged. “With hindsight and at the end of the day, when all is said and done and I sincerely hope nobody’s offended by this – especially if they’re in a position to promote me? – but without being seen to take sides, nobody wins in a swings-and-roundabouts situation like this? After all, the last thing any of us want, is for us to be seen to be taking cheap shots at each other.”

“The important thing,” he continued, “is that we don’t let it divide us? Party unity is paramount.” This was followed by another round of applause. “If anyone wants more of this kind of thing,” he continued, “I have an endless amount of it. They don’t call me ‘the hair dryer’ for nothing. I say so little I make the viewers turn off in droves. I’ve even been accused of undermining the case for the TV licence fee?”

At time of going to press, chants of “Nobody wins” and “cheap shots” could be heard.