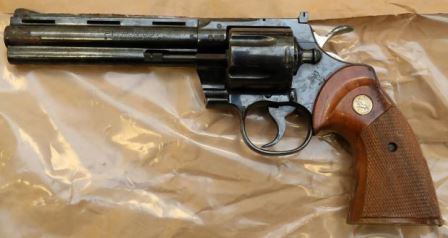 Gardai now believe the marmoset captured in the Finglas raid to be the ‘monkey mastermind’ behind a local gang’s operations.

Despite being offered a new identity in the vivisection programme, the ‘sinister simian’ is said to have adopted the career criminal’s ‘pick a spot on the wall and stare at it’ approach to questioning.

Detectives say they are confident the monkey is entirely unfamiliar with Shakespeare, having provided him with a typewriter within hours of his arrest.

They’re now focusing on a Keyser Söze theory that his innocent demeanour is intended to conceal his true role.

Söze was the mythical crime lord in The Usual Suspects movie, directed by Bryan Singer which is a consistent favourite with ‘law enforcement’ personnel around the world.

The monkey refuses to do anything cool, like pose with the magnum seized during the raid, a spokesman said, despite the fact that detectives believe a pic like that would make a fantastic screensaver.

“He’s also refused every single cigarette he’s been offered,” he added, “even though we’ve already bet forensics a bundle that he smokes?”