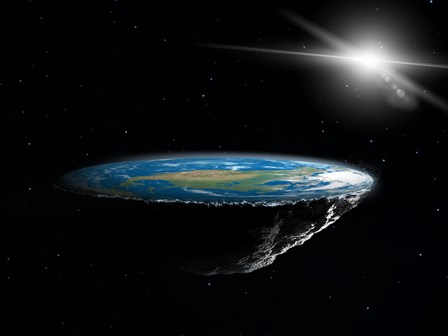 Against all odds, another attempt to prove the earth is flat, has dramatically failed.

Prior to launching his homemade steam-powered rocket, ‘Mad’ Mike Hughes told a small crowd, “I don’t believe in science”.

As boarded the rocket he’d built in his spare time, at his own expense, he proclaimed “I want to prove you can do extraordinary things with your life”.

After a brief flight lasting a total of nine seconds (ascending for six, descending for three), he did just that.

Ron Grainger, who filmed the short flight, said he was “surprised really that a guy called ‘Mad Mike’ would be so bad at rocket science”.

Helen Tuite described the attempt as, “Basically, an elaborate form of suicide”.

“The earth is definitely a little flatter,” a spokesperson for NASA said, “after this ‘groundbreaking’ flight.”