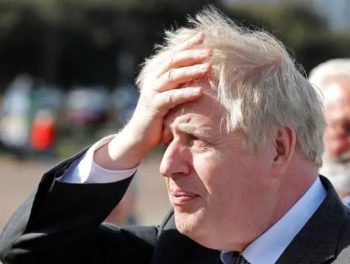 The actor Boris Johnson who has fathered more children than he can apparently count, shocked Britain yesterday when he admitted he’d finally managed to pull out at the last minute.

Johnson said he was prevented from helping out ‘good old Charlie’ Elphicke at the very last minute, by a ‘bloody do-gooder’ in his own party.

The PM spoke movingly of how he’d failed to help ‘the Pestminster polecat’ because ‘I was warned trouble makers would make me look bad if I did’.

Johnson said “It’s not my fault prosecutions and convictions for rape in England & Wales have more than halved in three years while rapes have actually risen. What can I do about that!”

He later complained that the only reason he’d gone into politics in the first place was to help people.

“But these days if you try and help someone, it’ll be used against you”.

And that, more than any other thing, the PM said, “was the real tragedy”.