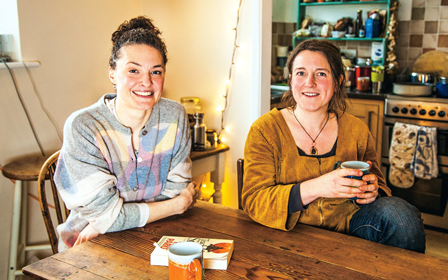 Locals protested outside the Corner Cafe in Stoneybatter last night, a week after a good Irish Times review doubled the prices, halved the portions and sent quality control into a downward spiral, as the owners rushed to cash in on their good luck.

Some bore placards bearing statements like “When is a restaurant NOT a ‘neighbourhood restaurant’!” and “Give us back our cafe and you can have this ‘little gem of an eaterie’!”

Catherine Burke who lives nearby, complained, “They used to do the best fish supper in Dublin for a tenner but now the place is wedged from dawn until dark with snobs pretending they ‘squealed with delight’ while eating a fish fillet the size of a triple-A battery”.

Gemma Cleary, who lodges with Burke four nights a week, said “The traditional fear of the middle classes – the fear of being seen as gauche – means they will always need reassurance they’ve avoided that awful shame. In the past they got it by mindlessly aping the gentry, today they get it by slavishly following anything the Irish Times’ recommends!”

Cleary said it was ironic that ‘people who can’t think for themselves in the first place, spend their spare time posting TripAdvisor reviews claiming they ‘simply adored’ food that no longer bears any resemblance to the dishes originally reviewed’.

Burke beamed after Cleary had spoken and said “That’s my little sister, she’s doing a Phd, so she is”.

Without being asked, both indicated they would be ‘more than willing to appear in a photograph’, if it would help promote the protest.