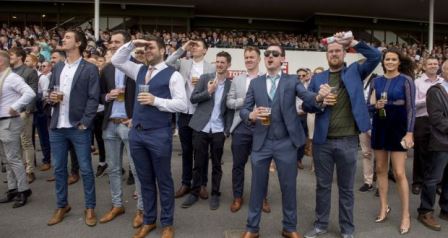 A government spokesman whose salary is paid for by the drinks industry, has urged the public to remember that “alcohol doesn’t just make you irresistible to everyone? It can also turn you into a bad loser, if you’re the kind of dick who won’t play drinking games”.

“So, like, by all means blow a wad at the Galway races. But remember, unless you’re a complete pussy, there is no such thing as having too much to drink.”

In follow up questions, he confirmed that the dress code for young males remains a cheap 3-piece suit and cigar – “Sure what else would you be seen vomiting in?” – but ‘real men’ will be sporting a beard too.

However, this year it will not be mandatory to limp around the pubs in tan streaked legs with only one foot in a stiletto.