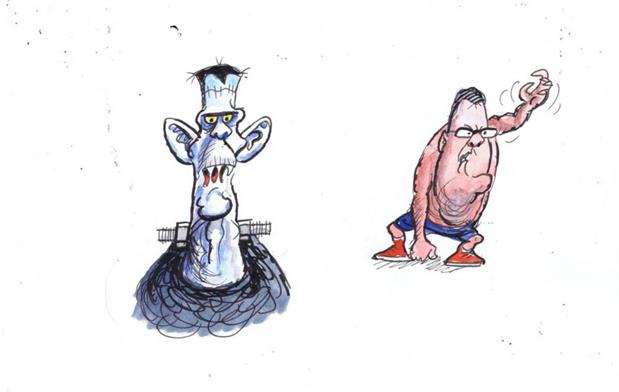 World leaders were unanimous in their gratitude today, for the silence the DUP imposed on its two leadership candidates, during the past week’s contest.

The tributes were led by the Dalai Lama who said “This most unexpected gift was a remarkable contribution to world harmony”.

The Biden administration said the party had achieved a historic first by giving the world, “not one but two silent unionists”.

“Listen – Do you hear that?” an Irish government spokesman chuckled, cupping a hand to one ear.

A spokesman for Boris Johnson said he would be asking the Tory party to impose a vow of silence on all candidates in future elections, due to the way ratings for both contenders had gone up as their silence grew.

Over at Buckingham Palace, an irate receptionist snapped that “We’ve been taken in by some pretty stupid calls in the past but absolutely nobody’s buying that”.

The vatican said the Pope had whispered “Mirabile dictu” when word reached him and added that he would pray around the clock in hope that the silence would continue into the weekend.

There was no statement from the Élysée Palace but an aide to President Emmanuel Macron who was present earlier this week when he was first told about the silence, confirmed he laughed late into the night.

Angela Merkel initially appeared only slightly confused when told the news but observers said “a moment later, her legs suddenly went from under her”.

An SDLP spokesman told the newsdesk that “You’d really miss (Nobel Laureate Seamus) Heaney at a time like this – he’d really have done a number on it!”

North Korea said “The silent election was invented by the Dear Leader himself but even he didn’t believe the DUP could pull it off”.

Separately, the DUP has announced it has been thanked by thousands of beauty queens for trying to help them achieve their dream of world peace.

Meanwhile, in a party where pragmatism is considered a byword for betrayal, some observers believe Jeffrey Donaldson’s claim to be a ‘pragmatist’, was a serious miscalculation.

Speaking off the record, one party manager said “It isn’t a dirty word in the DUP, it’s an obscenity”.

At time of going to press, a statement clarified that if elected, Donaldson would put aside his pragmatism, while making decisions.