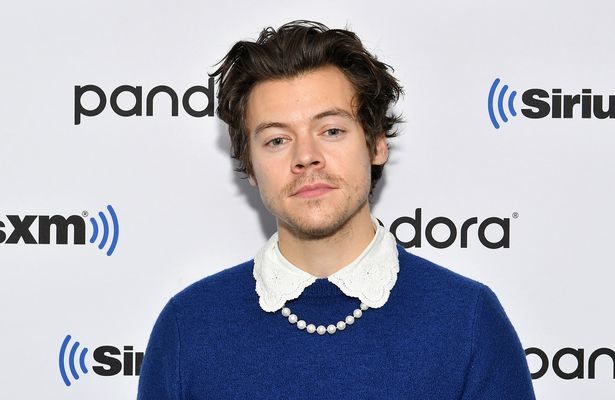 Harry Styles doesn’t mean you’ve reached the age when pop music stops sounding like your music and starts to sound like the same whiney bleating. It’s much worse than that. This is about reaching the age where you have to accept that the whole goddamn world has stopped making sense. It’s not important what Harry Styles said about anything or even whether huge sections of the media think it’s important. Or whether they just think it’s important to pretend they do.

It’s about the kind of world where the launch of a cosmetics range by Harry Styles is regarded as being as culturally significant as the murder of John Lennon or the fall of the Berlin Wall. And the slowly dawning realization that there is no dignified place left for you, in a world like this? This is a world in which Duran Duran are considered sophisticated and clothes like yours can only be found in ‘heritage clothing’ shops.

This then, is the true significance of Harry Styles. Harry Styles is the bell that rings for you! A lonely, missionary bell that tolls in the distance. One that signals it’s time for a retreat from this increasingly troublesome world, to a far, far simpler one. A world that includes regular afternoon naps and vast amounts of prunes in your daily diet. But if you are honest, you are entirely at peace with it. For you no longer want to be part of any world where the launch of a Harry Styles cosmetics range is regarded as more significant than a new Leonard Cohen album or a Van Morrison pandemic-related piss-fit.