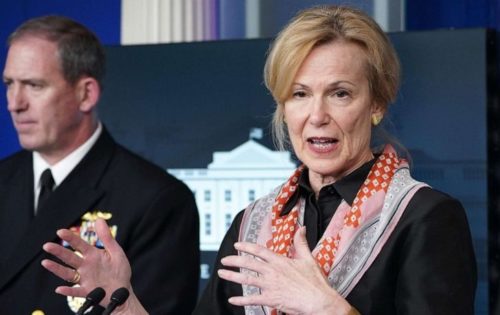 At an early morning briefing today, Donald Trump turned to the task force response coordinator Dr Deborah Birx and asked “Have you tried the wire brush? I hear very good things about it. The British used it on everything and they got great results”.

As Dr Birx shook her head in bewilderment, he added, “You don’t want to get it after the other two guys though? One had piles I think and the other was…was…not in very good health either, so you have to get it before either of them.”

Birx later confirmed she had “no absolutely no idea” what Trump had been talking about.

After the briefing, British journalists explained that the ‘wire brush’ was a WWII era joke about the poor quality of medical care available to soldiers in the British army, in which the treatment for three patients with different infections, is to be scrubbed with the same wire brush, one after the other.

The president later tweeted #coronavirusvaccine “Farts! The virus doesn’t like farts either…these are all good leads…somebody write them down!”