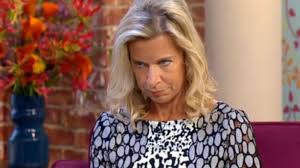 An anonymous group of Daily Mail readers, known only as “the friends of Katie Hopkins”, say they’re worried about her mental health, after she lost a costly libel case, taken by the Guardian food writer Jack Monroe.

A spokeswoman for the group – who does not wish to be named – said Hopkins is now thinking of appealing the verdict on the basis that ‘the prosecution’ used her own words against her.

“There’s no prosecution in a civil trial,” she said, “and we’ve told her that again and again?”

But, she added, Katie keeps on saying she ‘should have pleaded the fifth’.