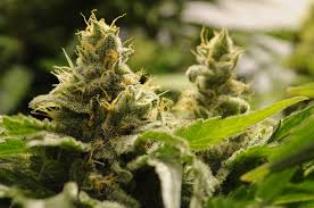 As news broke of the largest seizure of ‘herbal cannabis’ in the history of the state, the question ‘What is the difference between an anxiety attack and a panic attack?’ became a trending Google search topic.

“That’s a very good question,” Declan ‘Cheesh’ Mannion said, as he held a long narrow roll up to the light and squinted at it, “what is the difference!” Proceedings at a late night gathering at Mannion’s home on the outskirts of Cork city, had abruptly taken on a darker tone, after details of the tragedy emerged.

News of the seizure, was quickly followed by a nationwide alert on the ‘epidemic’ of panic attacks that resulted from the grim tidings. Friend and neighbour Brian Bohane, shook his head bitterly, as the details sank in. “They don’t stop for a minute to think about the harm they do. All they care about is themselves!”

Mannion agreed. “Promotion is all that matters to them? They never consider the effect this will have on families the length and breadth of the country, the misery and heartache it will cause…”

Bohane’s brother in law Gerry, who was visiting him over the weekend, objected. “You can’t say that,” he said, “they’re not all bad? Anne’s brother is a sergeant and once or twice he’s given me a ten spot that blew the head off me.”

After a long pause, Cheesh exhaled long and hard and then suggested, “an anxiety attack stems from the fear that your supply may be interrupted whereas a full blown panic attack flows from the knowledge that it has been.”