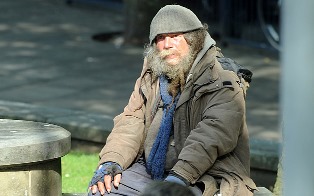 As ‘architect’s wife and mother of two’ Iseult O’Malley pushed a pram through Herbert Park in the leafy suburb of Ballsbridge this afternoon, her baby daughter’s wailing woke Tommy ‘Tea Cosy’ McGrath.

The startled 46 year old, sat upright on the bench he’d been dozing on and glared at O’Malley and next door neighbour Margaret Carberry, before loudly placing the blame for the disturbance where he felt it truly lay.

“That child should be at home in its bed,” he said, “instead a waking ordinary decent citizens in broad daylight.”

However as Carberry muttered something to O’Malley, he quickly offered her the traditional “Prayer for the babby, Ma’am?” in return for any “spare change” she might have.

As the pair rapidly walked away towards the safety of elderly members of the Herbert Park Bowls Club – dressed as ever in pressed slacks, box-pleated skirts and lambswool V-necks – Tommy tried one more time.

“Have you tried ‘cognitive behavioural therapy’?” he called after them, before quietly adding, “I know a man who has…”

Kid Who Had To Wait A Year For A Wheelchair, Would Probably Have Grown Out Of It By Now Anyway 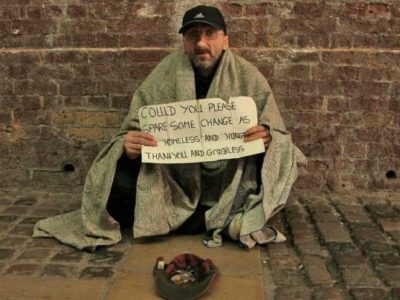 Man With No Shoes, Unmoved By Sight Of Man With No Feet
Featured Posts
Archives