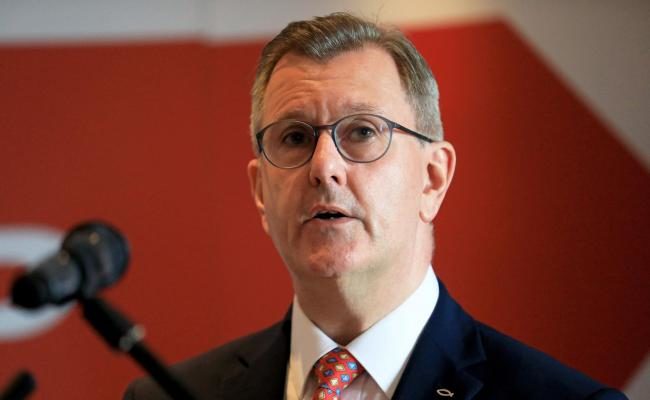 DUP leader Jeffrey Donaldson today summed up his position over whether he applied to rejoin the UUP last summer by saying he doesn’t know what a brothel smells like.

A party aide explained this was his way of saying he didn’t recognise UUP leader Doug Beattie’s account of a secret meeting the two had at an army barracks last summer. Donaldson denied Beattie’s account, saying “I’ve never been in a meeting like that with him, so in that respect I’m like his wife, I don’t know what the inside of a brothel smells like either”.

The background to Donaldson’s cryptic comment, is the row caused by the ‘brothel’ joke Beattie tweeted earlier this year. The punchline implied that Beattie’s wife didn’t know what the inside of a brothel smelled like, unlike DUP MP Edwin Poots’ wife.

Although clearly a joke, Mr Poots said he may take legal action because when his wife heard it, she was so upset she immediately began to cry. And when their solicitors heard that, they advised her not to stop until they say it’s safe for her to do so.

Meanwhile Beattie has promised to release Donaldson’s Whatsapp tweets, if the DUP leader accuses him of lying about the meeting. Leaving Donaldson’s hands tied, when it comes to denying he discussed returning to the UUP with Beattie.

“So that’s what ‘I don’t know what the inside of a brothel smells like either’ means,” the aide explained. “It simply means Jeffrey didn’t apply to rejoin the UUP but he can’t say that or Doug will release his Whatsapp messages?”

After readling Donaldson’s brothel statement, Beattie tweeted ‘I may have to destroy you girlfriend’ @J_Donaldson_MP