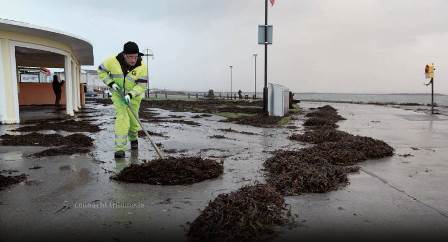 Reflecting on how little the public really knows about the role of a council worker in the aftermath of a major weather event, Pascal Deane fantasised he was playing a vital part in Search & Rescue (SAR) operations.

As the 36 year old brushed seaweed off the prom in Salthill after a major storm, he was confident he could handle being the first to come across a body washed up on the beach.

And while he would willingly agree to undergo any PTSD counselling HR might insist upon, he knew they’d be stunned at just how positive the psyche team’s report on his mental health was.

Which could easily lead to his being made a SAR team leader, almost immediately. It was really only a matter of time.