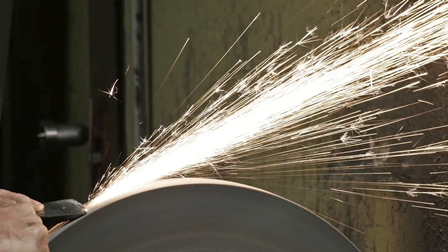 The Institute Of Axe Grinders has intervened in the presidential election to rebuke businessman Peter Casey for claiming he ‘has no axe to grind’.

A spokesman for the organisation said “It is with greatest regret that the IOAG finds itself in the awkward position of having to issue a reprimand to one of its founding members”.

Mr. Casey is known for the extensive axe collection he has built up over the years, he added, and currently holds the Guinness World Record for grinding no less than 15 axes at the same time.

The spokesman said the institute’s board was more than a little shocked by the manner in which ‘the ancient art of grinding axes’ had been so casually disparaged.

The board was saddened, he said, that anyone associated with it, would ever try to ‘take the axe out of Irish politics’.