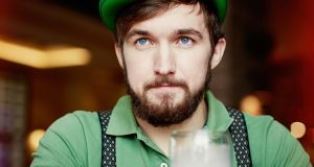 As he sipped on a cold beer in the Australian sunshine, 32 year old Shane McFadden settled down to enjoy Generation Emigration, The Irish Times site ‘by and for Irish citizens living abroad’.

But as usual, this quickly led him to speculate on which type of ‘returning emigrant’ pose he would strike, should The Irish Times ever offer him the opportunity to write about his experiences.

There was the ever popular, “newly returned emigrant, eager to tell Ireland all it ‘needs to know’ about emigration” pose, of course. But on reflection, it occurred to Mr. McFadden that even if The Irish Times hadn’t noticed it, a nation once synonymous with emigration, might already be ‘fully stocked up’ on that sort of thing.

Then there was the “newly returned emigrant, full of interesting but ultimately useless advice about how things are done in faraway places that bear no relevance whatsoever to Ireland” position.

While this did have a ‘high impact at dinner parties’ rating, the 32 year old reflected, ultimately it was too easy for other people who’d also spent time in other faraway places, to steal your thunder.

Finally, there was the ever popular “newly returned emigrant who left quite happily without any expectation of state help, appears surprised on his return, at the lack of help available from that very same state”.

But after a short delay, he finally settled on, “newly returned emigrant reveals, Ireland is precisely what he left Ireland to escape”.