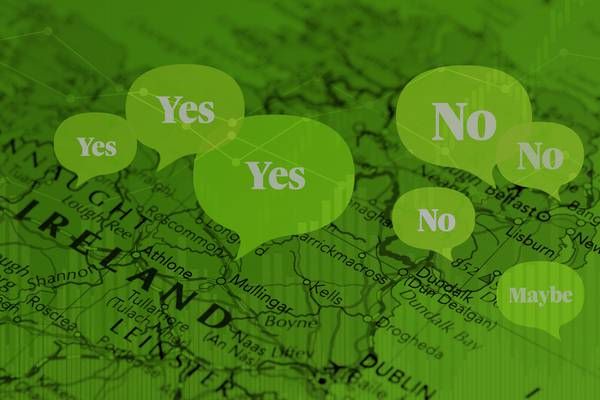 The country remains bemused by an Irish Times poll that found strong support for rejoining the Union with Britain. The poll also found a majority would favour abolishing Bank holidays and adopting ‘All Kinds of Everything’ as the national anthem.

The findings prompted an outbreak of public drunkenness on Tara Street by the political staff and also an avalanche of ‘Gotcha!’ articles from columnists calling for an immediate border poll.

The paper’s political correspondent, Sir Stephen Collins, came out of the building to explain the situation to the gathering crowds. “In view of the unexpected but extremely welcome results,” he said, “the Times will immediately suspend its long established policy of issuing daily warnings about the dangers of holding a border poll, and instead start calling for one.”

He then reached into one of the dinky little pockets of his ‘Balmoral tweed’ waistcoat and took out a white cotton glove. Seizing a passing student with a peremptory “You’ll do!”, he slapped him across the face with the glove. “I hereby challenge Éire to hold a border poll,” he shouted, “come out if you think you’re hard enough, you Fenian scum!”

To Sir Stephen’s great delight, Lord Ross of Enniskerry then appeared, dressed as St George, and read a tribute to him. “It is hereby acknowledged,” he solemnly declared, “that Sir Stephen – aka ‘the Windsor warrior’ – has fought long and hard, often on his own and behind enemy lines, sometimes against advice, always against reason, to secure Ireland for the Crown.”

A spokesman for the DUP said the party would oppose the proposal, as it was clearly a ‘Fenian plot to reunite Ireland by any means necessary’.