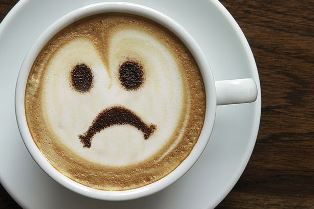 Anti-immigration group Identity Ireland is asking people to think very carefully about who’s making their oat milk latte and whether they’re still ‘crying’ about the loss of their entire family to get extra tips.

They’re urging us to remember Thatcher’s famous “Brexit speech” in Bruges 31 years ago this month, by reminding an “economic refugee”, just who calls the shots in this country.

After all, they point out, “It’s what Margaret would have wanted!”

The competition is being held this month for the best entry about the humbling of one of the hundreds of thousands of ‘lorry-jumpers’ who are all living it up in mansions provided by our welfare system – free of charge! – while they laugh at the poor Irish families who’ve caught shingles, whooping cough, gout, dandruff, bird flu, gum disease, ingrown toenails, measles, leprosy, TB & ebola off them.

The winner of the third prize will get a good whipping.

Winner of the second prize will get to give the winner of the third prize a good whipping.

And the winner of the first prize will receive a magnificent blue chiffon scarf once worn by Margaret, while whipping herself into a lather over the 1981 hunger strike.