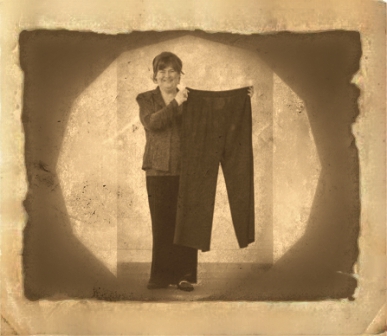 While acknowledging the superficiality behind the idea of a uniform concept of beauty in the first place, hairdresser Nuala Ni Dhomhnail added “Susan Boyle may be skinny but she’s ‘no oil painting’!”

“Isn’t she great, all the same,” secondary school teacher Eileen O’Flaherty who was having an oil treatment for thick unruly hair’ said, while conspicuously failing to contest Nuala’s proposition.

Media studies student and part time model, Esther McGrath, whose friends had finally convinced her to go for the ‘Creamy Blonde’ shade favoured by the likes of Candice Swanepol and Margot Robbie, smiled so thinly, it was impossible to put her in either camp.

Farmer’s wife Ger Hartigan said there was ‘no shame in that,’ as she pulled at the chain around her neck in a self consciously defensive gesture.

“Not at all! Sure when ya come right down to it, none of us here would be on the cover of Vogue tomorrow,” the plain-speaking hairdresser agreed, “if we lost four stone, never mind two, am I right ladies?”

She looked around at her customers, seeking consensus, before glancing at an uncomfortable looking McGrath and adding, ‘Excluding you of course, Esther’.