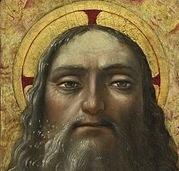 Senate minority leader Mitch McConnell has warned Republicans the Judaeo-Christian God of the bible is a “complete pussy,” who desperately needs the party’s fulltime ‘protection’.

The news shocked republican voters used to regarding Him as “all powerful” and “all seeing” but polls show they quickly accepted His dramatic demotion.

“This turn-the-other-cheek wuss of a God won’t defend himself,” McConnell complained, “but still the Democrats insist he’s omnipotent.”

“The radical left has ripped God out of countless schools,” the senate minority leader added, “while making students learn the Koran by heart instead. And they’re using our tax dollars to do it!”

He proposed comprehensive legislation to defend the Creator in America’s schools.

Bernie Sanders agreed the schools were ‘countless’ in the sense that “it’s impossible to count even one school where this has happened because it hasn’t happened in any of our schools and it’s not going to”.

McConnell replied, “I told you the Democrats wouldn’t lift a hand to defend the almighty”.