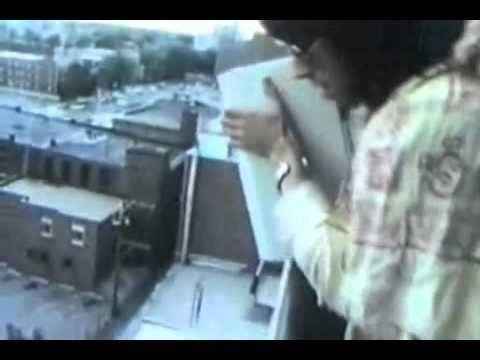 “Back in the day it was a simple matter, even for a major smack addict like Keef, to chuck an old fashioned TV out a hotel window?”

Veteran roadie Dave Griffin was reflecting yesterday on ‘a life on the road’ and the challenges facing wanna-be Rock’n’Roll legends these days.

“Back then,” he said, “it was ‘a simpler time’, a time when you didn’t need to climb a ladder to reach the TV up on the wall of your room.”

“All you had to do back then was pull the plug, haul the set over to the window and let go! And if he wasn’t able to manage it on his own, then somebody else would have lent a hand.”

“But nowadays, it’s a lot trickier?” he said, surveying the small screen fixed to the wall of the coffin-sized room of Tommy Pigeon, lead guitarist with Belturbet outfit, Belter Beyond.

“The standard flat-screen, mounted just under the ceiling, poses an entirely different set of challenges? All due respect to the man but assuming he had a screwdriver and, assuming he had a ladder and, assuming he managed to get up there…can you see Keef keeping his balance while he unscrewed it, disconnected the cables and made it down off the ladder? Not a chance! Sadly, people don’t think these things through when they talk about how tame bands are these days…”

“To sum up,” he added, “It’s all very well to criticize but…Keith Richards never had to throw a flat-screen TV out of his hotel window.”