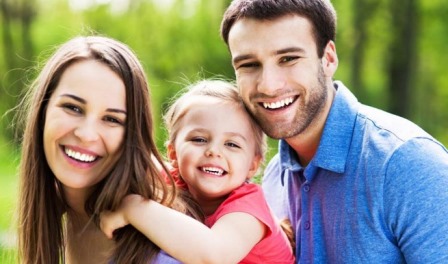 Chloe Maher says her daughter Sienna told her that yesterday afternoon, while playing in the back garden, she lost the sight in both of her eyes.

“But instead of just screaming in horror,” Chloe continued, “she simply chanted ‘Michelle Obama’ out loud three times and in that instant, her sight returned.”

Mrs Maher added that it was ‘just another inspiring example of Michelle’s awesome power’.

Speaking privately, 53 year old local woman Clodagh Ganley was reluctant to comment, beyond noting that Maher had lately taken to pronouncing her surname as ‘Mawr’.

“Both her parents were Mahur all their lives and the brother who lives over on Station Road still is, but her ladyship seems to think she’s from South County Dublin.”

Ganley then added that while she thoroughly approved of Barack Obama, she couldn’t see what ‘all the bloody fuss is about Michelle Obama’.

“I mean, I’m happy for her and all that,” she said in a tone that could only be described as ‘acerbic,’ “but what did she ever do besides marrying him?”

As she continued to queue in Paddy Power’s, she added, “I raised five kids myself with far less money and a lot less fuss…”

Chloe Maher is pictured above with her daughter and husband Kieran whom she discovered she’d married before in ancient Egypt, while undergoing a Past Life Regression, Karma Clearing and Atlantean Heart Healing Ceremony.

When asked if the church would be investigating the miracle, parish priest Fr Andrew Summers, said “Absolutely…as soon as they finish investigating the greatest mystery of all – how trump ever got elected in the first place”.

Meanwhile, the Vatican confirmed the cure had moved Mrs Obama, one step closer to sainthood.