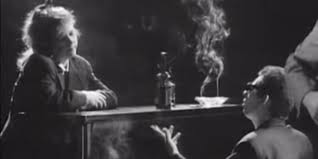 “My favourite bit is when McGowan sings ‘I could have been someone,’ Coyne portentously announced, “and McCall sings back, ‘Well so could anyone’?”

Trapped in a corner seat between Coyne and his strangely passive girlfriend Chrissy, twenty six year old Molly Freeney nodded nervously in agreement, as her panicked eyes searched for the nearest exit.

“You know she wasn’t meant to sing it at all, originally?” the 28 year old painter continued, while Freeney resigned herself to waiting for Coyne’s bladder to throw her a rope.